Advertisers and brands now on board 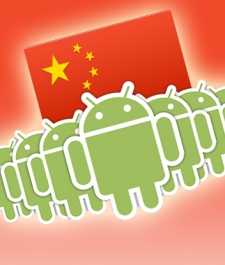 Building on its efforts to aid western firms make a mark in Asia, PapayaMobile is to open up its Gateway to China program to include not only mobile app and game developers, but also advertisers and brands.

The expanded program, which was first launched in 2011, aims to help its users to reach China's 450 million-plus smartphone user base through AppFlood, its global mobile network.

The company claims it's been having much success doing so, too. Data from AppFlood suggests more than a third of all of the ads it served last month came from China-based partners, and new program members can expect to receive up to 900,000 new Chinese users daily.

According to Papaya CEO Si Shen, the fundamental differences between the Chinese mobile market and the rest of the world present unique challenges to developers and advertisers who want to expands into China.

"The market is dominated by Android, but virtually no handsets come with Google Play," explained Shen.

"This means there are no traditional mobile ad networks like the kind western advertisers are accustomed to using.

"To be successful, advertisers must manage a complex web of relationships between various mobile distribution channels. Without the presence of a local partner in China, this can be almost impossible.

"AppFlood's unique combination of a global infrastructure and a wide-reaching network of Chinese partners, content providers, and distribution channels solves this problem for developers, advertisers, and brands wanting to expand into China."

"With the original Gateway to China program, we helped bring over 80 titles to an audience in China that was previously thought of as inaccessible," explained Shen, speaking about the first iteration of the program.

"Papaya is the only company perfectly positioned to bridge the gap between East and West, and enable developers and brands to access and benefit from the huge untapped Chinese mobile market and all the commercial opportunities that offers."