The competitive challenge of the Chinese market 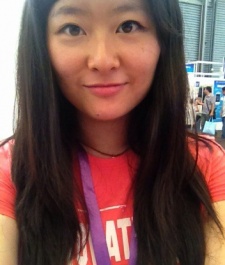 Johanna Ji is the business development manager of LineKong, a Beijing-based developer that shifted focus from webgames to mobile in 2013.

Johanna Ji: Puzzle & Dragons was released for the Nintendo 3DS this year and successfully reversed the classic modus of porting console and PC-based game to mobile.

This has proven that mobile games have more and more influence on the total gaming industry, and that the gap to other traditional gaming platforms is constantly shrinking.

Linekong rejected the purchase offer from a renowned venture company, and declared to go public on our own.

LIMBO by Playdead Studios. The game was actually released on Xbox 360 in 2010, but I played it the first time on mobile.

The simple black-and -white 2D graphics and the background music combine to make a very scary atmosphere - it's very exciting!

Copyright dispute. The influx of too many mobile game companies makes the market extremely competitive, and so catching the users eye is essential.

Influential IP can significantly reduce the threshold for acceptance of a game's content and make it easier for players to pay attention, but the most important issue is a huge lack of innovation in the Chinese games market - using a great IP is just a simple and crude way to succeed.

Now that gaming doesn't only mean entertainment, the most important thing we should study is how to discover the potential of mobile games.