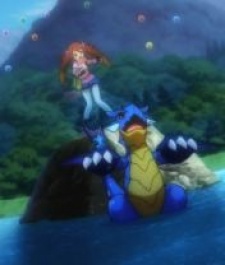 But this time, Puzzle & Dragons isn't calling on Clash of Clans for help. Instead, it's calling on yoghurt.

Fans who pick up the special Meiji Yoplait Gurt! Syrup Discovery! Heart Drop Peach Flavor won't just get some cute box art and a nutritious snack for their yen.

Each package comes with a code for a special unlockable dungeon, along with the chance to win a special level 70 yoghurt chimera named Gurt.

Unlike its wildly successful mobile iteration, Puzzle & Dragons Z is a standalone roleplaying game with no in-app purchases or freemium elements.

Powered by the familiar brand name, Puzzle & Dragons Z tore off to an impressive start in Japan selling over 500,000 copies during its first week.

A North American localisation is planned for 2014, but it seems unlikely that the yoghurt promotion with materialise alongside the release.