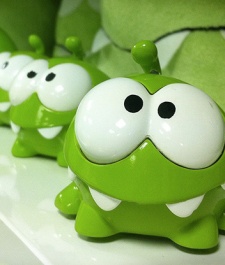 Having made its name aiding the advance of western studios in China, Yodo1 has announced it has passed the 100 million user milestone, thanks in part to a Zeptolab classic.

"We crossed the 100 million milestone last weekend thanks in great part to the recent launch of Cut the Rope 2 (Chinese edition) co-developed with our friends at Zeptolab," detailed CEO Henry Fong.

"That game attracted about 2 million downloads in its first ten days on the China market, just from iOS alone," he continues.

Fong went on to say that an Android release, plus targeted promotion, is expected to generate "another 20 million downloads before the end of February."

Yodo1's growth hasn't come out of the blue, with western studios increasingly looking to unsaturated Asian markets for expansion, though launching in regions such as China isn't without hurdles aplenty.

Aside from language and cultural differences, Fong estimates that  unlike the west, where Apple's App Store and Google Play dominate  there are "over 50 Android app stores" in China lined up to promote Cut the Rope 2.