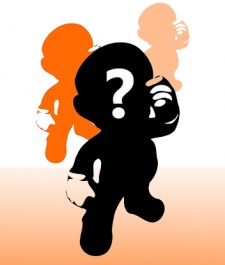 Nintendo's president Satoru Iwata had a lot to say during a recent investor Q&A, where he criticised the free-to-play model and discussed the possibility of a unified Nintendo operating system for future devices.

The issue with free-to-play, as Iwata identified it, is its inherent distortion of the gaming experience to draw in as many players as possible.

"As with games that are free-to-play, or 'free-to-start' as we like to call it, there is a tendency within the entertainment industry to make gaming as easy as possible to start playing."

Iwata continued from there, citing Nintendo's desire to deliver an enjoyable experience to its players, although clarifying the view that he does not think mobile games can bring joy.

"I do not think that hardware-software integration is equivalent to making people smile, and I do not intend to say that making games on smart devices will not lead to putting smiles on people's faces," he said.

"There are games on smart devices that are indeed making consumers smile, I think."

Iwata went on to disclose that Nintendo is looking to iOS and Android as sources of inspiration for its next generation of hardware.

Citing the "specific case" of Apple, which is able to unify its smartphones and tablets via iOS, Iwata hinted that the next generation might see an increase in form factors similar to Apple's iPad and iPhone lines but backed with a single development environment.

Conversely, Iwata also praised Android noting that it "does not face software shortages because there is one common way of programming on the Android platform that works with various models."

After laying out the virtues of each mobile platform, Iwata frankly admitted that Nintendo can learn a lot from them.

"The point is, Nintendo platforms should be like those two examples."

While Iwata stopped short of announcing a unified 'NintendOS' operating system for consoles and handhelds, he hinted heavily that such a unification isn't far off.

"...We are hoping to change and correct the situation in which we develop games for different platforms individually and sometimes disappoint consumers with game shortages as we attempt to move from one platform to another, and we believe that we will be able to deliver tangible results in the future."