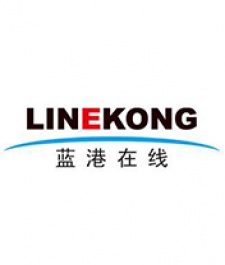 LineKong is one of China's signature mobile game developers.

Back in 2012, it was a failing PC game publisher, but it decided to switch completely to mobile games.

It's also rumoured to be seeking an IPO, although that issue wasn't directly commented on.

Wang discussed the company's turnaround, saying that LineKong had found that it entered the PC games market when there was too much competition.

"Mobile has a lot of opportunities. It has a huge amount of users. Much more than PC games, but you have to take the opportunity now," he said.

Online client and browser games still dominate the Chinese games market, with mobile accounting for around 13 percent of the market in 2013. But mobile games are growing incredibly quickly.

In terms of LineKong's transition, he said some in the industry had expected it to fail.

"But we are now the benchmark in mobile games because of our products. The secret of our success is perseverance," he explained.

In particular, Wang was keen to point out the success of the company's Sword series of games; it's launched three games in this series within 12 months and each one has been more successful that the previous.

Yet, it's not been totally successful. LineKong hasn't yet been successful in the card and TD genres, which is why it's looking for thirdparty developers to fill that gap; it's currently expanding its publishing operations alongside its own internal development.

"For the US and Europe markets, we need to make major changes to our games so we will work with publishers. Japan is also challenging because of its strong animation culture. Japanese games aren't popular in China, either," Feng noted.