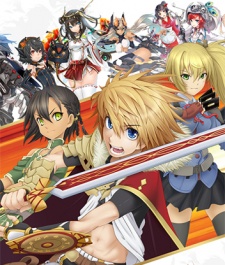 Here's a great example just how complex the Asia games market can be when it comes to licensing.

Square Enix has had a massive hit with its mobile game Million Arthur.

Developed by Shanda Games-owned Korean outfit Actoz Soft, Square Enix published it in Japan, while Shanda had the publishing rights in China.

And now, NHN Entertainment Singapore (the internationally-focused division of Korean company NHN Entertainment), has gained the rights to Thailand, Vietnam and Indonesia, both in terms of localised content and an English language release.

It will launch first in Thailand in Q2.

But, Singapore-based micropayments company (and sometime games publisher) Cherry Credits has also gained the rights to release an English language version of the game in Singapore and Malaysia.

The reason for the confusing situation is the card-battler has been downloaded over 12 million times, generating tens of millions of dollars in the process.

"We strongly believe that we will be able to reach out to players' hearts by localizing and optimizing the game for each country," said NHN Entertainment Singapore CEO Eric Lee, stressing the importance of the local touch.

"Players can expect localized game promotions and customer service catered to each market in English, Thai, Bahasa Indonesia and Vietnamese."