BRIC by BRIC: How Brazil, Russia, India and China are building F2P success

Glispa MD Tim Nilsson on the shifting balance of power 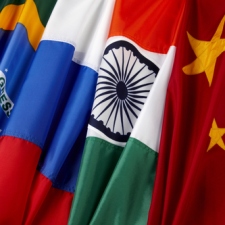 "The entire output of the BRIC economies is predicted to surpass the aggregate GDP of the US, Canada, UK, Germany, Italy and France by 2020," opened Glispa MD Tim Nilsson during his talk at the F2P Summit in London.

A headline grabbing fact if ever there was one, and one of a whole flurry of stats designed to show the increasing importance of Brazil, Russia, India and China.

But with opportunity, warned Nilsson, come many additional challenges that western developers may be unfamiliar with.

Some were known – China and Russia have their own social networks that have outmuscled the likes of Facebook or Twitter and, in the former, Android is awash with various different marketplaces thanks to the block on Google Play.

Other nuggets of info, however, were more surprising.

Brazillians, for instance, rely heavily on recommendations through social media when it comes to purchasing decisions, with 97 percent of the population engaged with Facebook, Twitter et al.

"The problem with free-to-play gaming in Brazil, however, is with the micro-payments," added Nilsson. "Brazil is one of those markets where people just jump to the next game when they're asked to pay. It's very hard to monetise there, but it's getting easier."

In India, western developers are already enjoying much success, with the likes of Clash of Clans and Subway Surfers some of the country's favourite mobile titles.

It also has the fastest growing mobile subscriber base in the world – 156 million smartphone users are currently on board, with that number expected to double by end of 2014 putting it right behind market leader China.

Despite their relative difficulties, though, it's hard to ignore Russia and China.

"Russian gamers are still typically 'hardcore' gamers," continued Nilsson, "and Android dominates there with about 70 percent market share. In fact it's the third largest market in the world for Google Play in terms of download volume."

Unlike Brazillians, Russians don't tend to trust user recommendations for their game purchases, with game reviews on professional websites or magazines still leading the way.

And, though China is still walled off the many western social networks, websites and platforms, 173.4 million mobile gamers and rising means it's a market stuffed full of potential. The number of active mobile gamers jumped by 50 million last year, and though Android is on top, iOS's market share is large enough that it's more than possible to earn a crust with Apple alone in the country.

You can read our recent interview with Glispa's Gary Lin here.