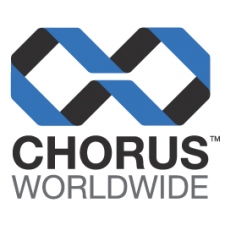 New publisher on the block Chorus Worldwide is searching for western developers that are hungry for success in the East.

The company claims to offer an understanding of both the Western and Eastern markets, drawing on the knowledge of its founder and CEO, Shintaro Kanaoya, who has over 20 years of industry experience under his belt.

The fresh faced firm wants to take the best products from the West and point them in the direction of global stardom, with the company having already signed deals with ex-Bullfrog designer Alex Towers, and Scottish game developer, Beartrap Games.

Look to the East

Kanaoya believes that ambitious developers will refuse to ignore the Asian market, which is currently overflowing with opportunity, and with the right knowledge, ripe for the taking.

“Japan is the largest app market in the world and one that shouldn't be ignored," explained Kanaoya.

“Over $5.5 billion was spent on just games on the App and Play Stores during 2013, accounting for nearly one third of the global games spend in app stores, and a 78 percent increase year-over-year.”

"Working with Chorus has been excellent, they have completely re-worked the project for the target market, requiring only minimal input or support from us, as well as handling the marketing side of things.

"With our own limited resources this has been invaluable and allowed us to concentrate on our next project."

To learn more about Chorus Worldwide, and for more information on publishing opportunities, you can head on down to the firm's official website.

Chorus to release The Secret of Raven Rock in Japan