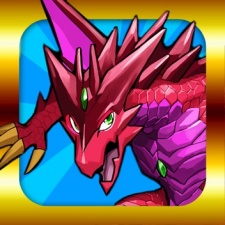 It's no secret that GungHo Online's Puzzle & Dragons has soared to the heights of its success through clever collaborations - but its latest collaboration might be the cleverest yet.

The big draw of Battle Tournament is the ability for players to take on their peers in real-time multiplayer matches - but players can also save their teams and progress to IC Cards and resume their campaign for global conquest once their time at a given machine is up.

As one might expect from the touchscreen-based interface of Puzzle & Dragons, Battle Tournament doesn't use joysticks or buttons.

Instead, players slide gems to make matches and combos just as they do with the smartphone and tablet version of the game - albeit on a bigger screen.

Currently, Puzzle & Dragons Battle Tournament is available in about 50 arcade locations across Japan from Fukuoka to Aomori.

Rounds of Battle Tournament cost players 100 yen, or about the equivalent of 99c / 69p.