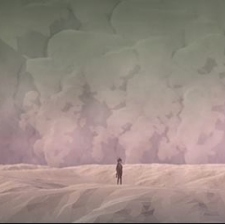 A group of developers who worked on the forever-gestating Sony exclusive The Last Guardian have moved on to form Tokyo-based indie outfit, Friend & Foe.

Thomas Lilja will be heading up the studio alongside artists Rasmus Deguchi, Victor Santaquiteria, Ivar Dahlberg, and Rui Guerreiro.

The entire team has a wealth of experience under their belt, having worked on a vast array of titles such as Battlefield 3, Killzone, and Bionic Commando.

After working under the watchful gaze of big companies for the majority of their careers, the team is now excited about going it alone and focusing on 'extremely nimble game development'. One of the two titles in development, Dangerous Men, is being readied for iOS.

"We are currently working on two games in parallel - Vane and Dangerous Men. We believe in extremely nimble game development, with self-funding and self-publishing our titles as far as possible," read a Friend & Foe statement.

"Our work experience as individuals span some notable AAA stuff, including The Last Guardian, Battlefield 3, Bionic Commando & Killzone to name a few.

"As many before us, however, we grew tired of working for big companies and chose instead to bet it all on pooling our talents and set out on the great indie adventure we always wanted.

"We're now at a point where we're ready to start showing our projects to the world."