But growth is slowing 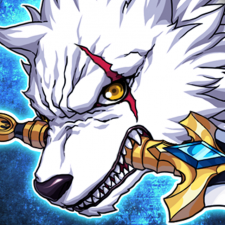 Almost a year to the day after Gamevil announced it had hit 300 million downloads on smartphones, the Korean publisher has revealed total downloads have now passed 400 million.

The firm claimed recent releases such as Monster Warlord and Spirit Stones had "contributed to Gamevil's growing fanbase and continue to drive up the number of Gamevil games on smartphones across the globe."

However, the release of the figures suggests that the rate of growth is, in fact, tailing off.

Gamevil surpassed 100 million downloads back in March 2012, with the second 100 million coming in 9 and a half months flat. The 300 million milestone was then hit just 7 months later.

It's taken Gamevil almost exactly 12 months, however, to jump from 300 million to 400 million downloads – almost twice as long as the gap between the two previous milestones.

Gamevil's attention is now turning the to the launch of its new action RPG Kritika: Chaos Unleashed on iOS and Android, which it claims is "just the beginning of a series of highly-anticipated titles and updates being released this year."