The big break out: Jolla partners with 3 to make move on Asia 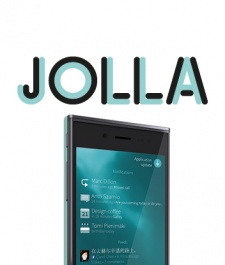 Jolla, a smartphone company founded by ex-Nokia staff looking to revive the Finnish giant's MeeGo platform, has announced a partnership with 3 Hong Kong to start selling its handset on August 12.

The deal, which is currently the firm's only major operator partnership in Asia, marks Jolla's first foray into the Asian market.

Indeed, it seems Jolla is preparing to fight a global battle after recently revealing it had struck up an agreement with Snapdeal to start rolling out its device in India.

It's clear that Jolla is intent on cracking the worldwide market, and, after launching in Finland, the company now has its sights set on new horizons.

Sailfish's versatility allows apps designed for Google's ecosystem to run on a Jolla device without any modifications, meaning those who purchase a handset will be able to "take full advantage of the Android ecosystem".

According to Jolla CEO Tomi Pienimäki, the handset's Android compatibility will ensure it has an edge in both the east and the west.

"We believe Sailfish with Android compatibility is a highly relevant mobile operating system option for major mobile companies in Europe and in Asia."