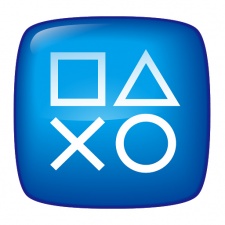 Originally unveiled almost two years ago, Sony has revealed that it is to pull support for PlayStation Mobile on Android.

That's according to a statement released by Sony Japan translated by The Verge, with the website claiming PlayStation Mobile will continue to run on PlayStation Certified Android devices runnin version 4.4.2 and below.

Sony can't guarantee that games will run properly on devices running Android 4.4.3 and up.

Sony's vision for PlayStation Mobile was to unite PS Vita and certified Android devices with a single marketplace, encouraging mobile developers to support its handheld by also opening up their games to millions of Android consumers around the globe.

Support for PlayStation Mobile was essentially centred around Sony's own devices, however, which – according to figures released by Gartner back in February – accounted for little over 2 percent of all smartphone sales in 2013.

Back in December, developers told PocketGamer.biz that PlayStation Mobile wasn't yet a prime platform, but it was a good way to win the attention and support of Sony.

"While I don't think anyone at Sony is trying to hide PlayStation Mobile, I do think that they have other priorities right now," said developer Thomas Hopper.

"Haven't they just launched a new console or something? I'm not sure how many Vita owners are in the habit of checking the new releases in the PSM store, but it's not as many as I'd like. I can only hope that the recent giveaways give it a boost."

PlayStation Mobile will now exist as an additional platform for PS Vita, with recent support from ever-popular engine Unity serving as a much needed boost.