For the greater good 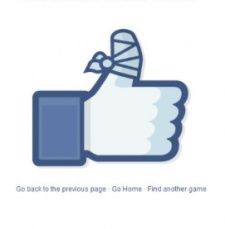 Korea's Game Rating and Administration Committee, GRAC, has disabled Facebook gaming in the country by putting stop payments on games such as King's Candy Crush Saga.

Stop payments, which are essentially monetisation roadblocks, remove players' ability to spend money on micro-transactions, and, on August 26, all games were blocked domestically until they receive a GRAC rating.

It's thought the move was made in an attempt to crack down on social casino games, which, until now, managed to circumvent Korea's anti-gambling laws.

However, instead of simply targeting those games guilty of breaking the law, GRAC has decided to bring all Facebook games in line with the Game Industry Promotion Act, which states that games must be rated by a panel of nine people that includes professors, attorneys, and NGO members.

It's a stance that means any developer looking to release a Facebook game in Korea will have to pay to have their game rated.

According to guidelines, games will receive a rating with 15 days of being submitted, however, as of yet, there's no word on when Facebook games will be returning to the region: a fact that will test the patience of devs who are losing revenue with each passing second.