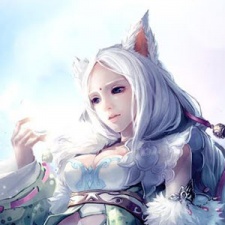 Given Tencent's power within the Chinese mobile games market, there's no surprise that publishers are falling over themselves to get their titles onto its QQ and WeChat-integrated games platform.

To-date, however, most of these games have been fairly casual in tone. EA's Plants vs. Zombie 2 and IGG's Castle Clash are two examples.

In that regard, Chinese publisher Hoolai is testing the waters with the release of War of Immortals.

It's already the #2 top grossing web game on Tencent's PC channel, but it's not clear whether mobile games will take to the MMORPG with the same level of enthusiasm.

Tencent and Hoolai are hoping that the wider reach offered by mobile will offset the lower ARPU that mobile games - even hardcore ones - generate compared to online titles.