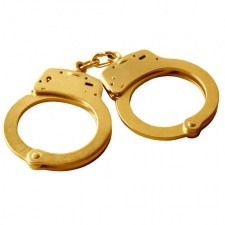 One of the big Chinese online game publishers, Shanda Games has been in a degree of corporate confusion for most of 2014.

In January, it received a proposal to take the company private, which valued the NASDAQ-floated publisher (NASDAQ:GAME) at $1.9 billion.

During the intervening months, various companies have joined and left the consortium running that proposal, but the deal remains on the table, with no official comment from Shanda about whether or not it will be accepted.

Now, however, in its most recent financial filing, the company has announced it's rolling out "retention equity awards" to eight key employees.

This appears to be a way of providing golden handcuffs to the eight game producers to remain with the company whether or not it decides to accept the proposal to go private.

Shanda says, they will receive the awards "subject to a number of conditions, including the closing of a "going private" transaction".

As for the value of each award that's "expected to be no less than RMB80 million or $13 million".

Shanda Games' NASDAQ buyout moves from the convoluted to the ridiculous

Curiouser and curiouser: Shanda CEO steps down with immediate effect