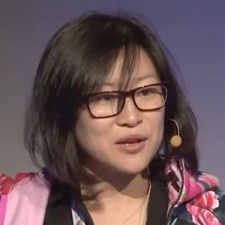 A joint venture from outsourcing company Concept Art House and Chinese IT company Talkweb, Spellgun is a new outfit which is looking to culturalise international games for the Chinese market.

At Pocket Gamer Connects Helsinki 2014, Xinyu Li from Spellgun spoke about the company's view on the Chinese market.

It's something it knows plenty about thanks to Talkweb's long experience, including as Rovio's exclusive partner in the region.

In that context, Talkweb has helped Rovio gain over 100 million downloads, including a peak of over 14 million in one day.

However, according to Li, the main issue for Rovio was not download numbers but monetisation.

It's an issue as the bulk of IAP revenues in the market come from card-battling games, RPGs and MMOGs.

And alongside issues such as keeping game file sizes small, dealing with payment system fragmentation and piracy, a more subtle issue is that when Chinese gamers pay money, they want to see results.

Spellgun on its low volume, high quality approach to bringing western games to the Chinese market

DeNA on why western best practices don't work in Asia