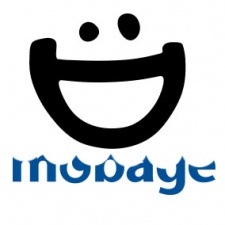 In a surprising move, Japanese social mobile gaming network DeNA has dropped the Mobage brand for its platform.

The company has recently been struggling, both within its core Japanese market, and outside, although it explains the move as being about "more consistent and simplified branding".

In one way, this argument makes sense as Mobage was never a catchy (or well understood) phrase in English; although with DeNA pronounced D-N-A, the switch is hardly any less confusing.

The company points out that using the same name for the company and the platform will enable it to better define its brand.

Of course, there's no change to its games such as Blood Brothers, Marvel: War of Heroes, Transformer Legends, Godus or Rage of Bahamut.

Yet, the rebranding does nothing to overcome DeNA's core issue, which is that mobile platforms have not been successful in a smartphone gaming era that's been dominated by game brands such as Puzzle & Dragons in Japan and Clash of Clans and Candy Crush Saga in the west.

Reply
Amanda Romig
What ever happened to pocket frog?
Posted 6 years, 1 month ago