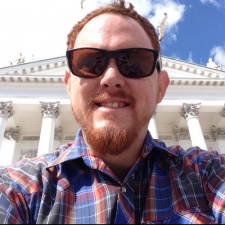 At Pocket Gamer Connects Helsinki 2014, Stuart Westphal from Hitcents spoke about the US-based developer's decision to set up a foreign-owned company in China.

The move came following the massive success of the company's DrawStickman app in China, which quickly gained 18 million users in the country.

'The Chinese market was enjoying our game but we're weren't making any money because of the pirates,' says Westphal.

After a failed attempt to work with a local partner resulted in that company "taking our money and running", Hitcents decided it needed to set up in China from scratch.

It was a difficult move, particularly in terms of dealing with Chinese business regulation, but having overcomes these hurdles, the fully localised and culturalised version of DrawStickman has been successful.

Video: Top tips on localisation for the China market