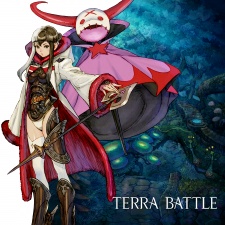 Creator of the Final Fantasy series

Perhaps it's no surprise given this is the first free-to-play game from legendary Final Fantasy creator Hironobu Sakaguchi's Mistwalker studio but Terra Battle has had 500,000 downloads across iOS and Android.

After one week, you could argue this isn't actually a large amount, although - of course - that depends on how much user acquisition is happening behind the scenes.

However, what is interesting is Mistwalker's overt social campaign for Terra Battle given that download total is key element of what's effectively a Kickstarter-style stretch goals campaign, only based on user downloads not users' cash.

Playing to its hardcore fanbase, the stretch goals unlocked by 500,000 downloads are:

But the point of stretch goals is to encourage further activity, which in the case of Terra Battle top out at 2 million downloads with the start of development on a console version.

"We didn't anticipate Terra Battle eclipsing the 500,000 mark this quickly, so that's a testament to the passion of our players," said Sakaguchi.

"We're activating the initial five rewards from legendary artists and we'll continue to leave it in players' hands to determine what Download Starter Campaign rewards are on the horizon."

You can see details of the full campaign here.