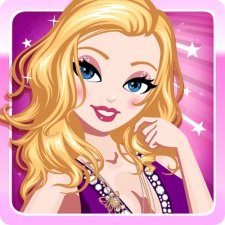 In terms of detail, Crosby has spent $9.7 million in cash and stock buying a 70 percent stake from developer Animoca, although additional performance-based bonuses could raise the deal value to $21 million.

Animoca will continue to operate and expand the Star Girl franchise as a 30 percent shareholder of the joint venture.

"This is an exciting milestone for Animoca and potentially relevant to the wider mobile gaming industry, because we're exploring a business model that isn't very common in our sector," commented Animoca CEO David Kim.

"Our joint venture with Crosby will allow us to better develop and publish the Star Girl series, which is advantageous not only for both companies, but also for the millions of users who will benefit from extended product range and lifetime with minimal service disruption."

The move comes as Animoca has also spun of its branded games business via a reverse listing on the Australian Stock Exchange.