How to accelerate your success in the Chinese mobile market 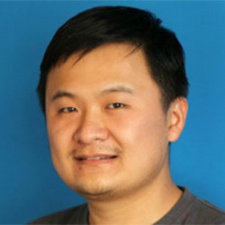 “China looks a bit mysterious to Western people, so today I'm going to use our data to give you a look at the gaming industry behind The Great Wall,” explained TalkingData's chief evangalist, Ibrahim Dai, speaking at Game Connection 2014 in Paris.

Indeed, cracking the Chinese mobile market is the ambition of many mobile developers.

The market's lucrative nature means it's often seen as something of a holy grail. Naturally, if it was easy to succeed in China, everyone would be doing it, and as many unfortunate developers have found out, finding a foothold in the east is often easier said than done.

The first piece of advice Dai dished out is this: If you're serious about getting your game in the hands of Chinese gamers, you have to be willing to release on Android.

The App Store might be your best bet in the east, but in China, Android is the undisputed King.

“It's a big market, and it's growing very fast. By the middle of this year the total number of active mobile users had reached 810 million. 97 percent of them have at least one app, or one game, that has never been opened,” explained Dai.

“Another  interesting trend is that the new user growth rate is slowing down. China is the kingdom of Android. It dominates the market, and there are seven Android devices for every three iOS handset.

“Android is an open system, and its software and hardware is capable of playing any type of game. Local devices have a strong competitive nature in terms of prices, so they dominate the market.”

Of course, the huge variety of devices available in China means that you'll have to spend more time focusing on compatibility.

Handsets in China come in all shapes and sizes, and in order to succeed, you're going to have to target most of them.

“There are over 3,000 type of devices in the market, so, if you're looking to release a successful title, it's important to consider compatibility,” continued Dai.

“You have to make sure your build is compatible with most of the major device models.

“If you don't cover 80 percent of those models, you're going to receive some very negative feedback regarding the user experience. “

Once you're ready to release your app into the wild, you still need to consider where you're going to sell it.

Unlike in the east, where you'd likely head toward the Google Play store, you're best bet in China is to find a third party app store. Unfortunately, the number of options means it's hardly a clear-cut choice.

In China Google Play is not working, and Facebook is blocked. It's a jungle.

“There were roughly 500 of them in China last year, but the top 10 control roughly 90 percent of China's mobile game distribution. Over 33 percent of devices have more than one app store installed. As a result, the market is fragmented, so don't just focus on one distribution channel.”

If you're still intent on releasing on iOS despite the platform's smaller share of the market, you can at least find comfort in the knowledge that you won't have to worry about distribution.

See, unlike Android, where third party marketplaces rule the roost, Apple's own App Store is now the dominant force in iOS distribution. The slow demise of jailbreaking has seen to that.

"On iOS, however, people are downloading their games from the official app stores. Jailbreak channels are dying, and more people are heading to Apple's official marketplace.”