And promotes it via Chinese Idols 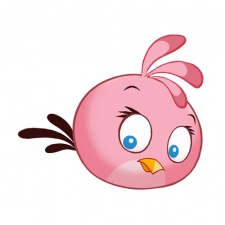 China has previously been a rich hunting ground for Rovio and it's looking to build on that history with the local release of Angry Birds Stella.

In terms of the key Android publishing, Rovio has partnered with ecommerce giant Alibaba, via its Digital Entertainment Business Division, to ensure the game gets maximum distribution on China's many Android app stores.

But that's not all.

Rovio has also teamed up with Shanghai Media Group to promote the game during the season finals of its Chinese Idols reality TV show.

Stars of the show

This hook up will see game characters - Stella, Poppy, Willow, Dahlia, Gale and Luca - in weekly behind-the-scenes footage in a dedicated section of the Angry Birds' ToonsTV channel that will be exclusive to China.

"China is a key strategic market for Rovio and Alibaba is the largest online and mobile e-commerce company in China," said Rovio's CCO Pekka Rantala. "

"Working with Alibaba and Chinese Idols allows us to reach millions of new fans in China. We have a strong fan base in China. Combining our strengths will allow us to get even closer to our fans."