Announcing its N1 tablet, Nokia looks to create an Android iPad for China and beyond 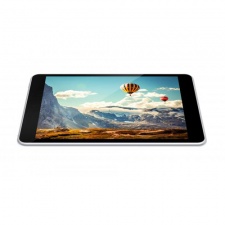 In its major product announcement since the demise of its mobile handset business, Nokia has announced a new Android tablet called the N1.

Speaking at the Slush 2014 conference in Helsinki, Sebastian Nystrom, Head of Product Business at Nokia, claimed that the N1 will help the company to continue to bring "the magic of technology to real people and for real people".

The "carefully crafted and beautifully thought through" N1 is a thin 7.9 inch aluminum tablet that boasts a 2.3 GHz, 64-bit quadcore Intel Atom processor and a reversible USB port.

Running on Android Lollipop, it comes with the company's predictive app launcher as part of the package. Called the Nokia Z, the launcher allows you to search for apps by scribbling a single letter on your screen as well as learning which apps you may want at a particular time from your usage habits.

On its release on 19 February 2015 in China - that's Chinese New Year - the tablet will retail at $249, making it a competetively priced option in the ever burgeoning Android tablet sector. Following the Chinese launch, the N1 will be rolled out globally.

And though that seems like a bit of a wait, Android users who wish to try out the Nokia Z launcher can download it today from Google Play.

And, finally, as an interesting aside, Nokia says that it is licensing the N1's industrial design, Z Launcher software layer and IP on a running royalty basis to its unnamed OEM partner, so there will be more and no doubt cheaper variants also released.