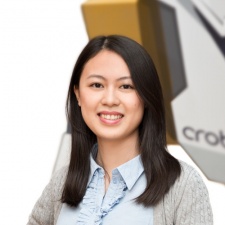 Berlin-headquartered performance marketing outfit Crobo has established a new office in China, with the firm opening a support branch in Guangzhou.

Chunwen Chen (pictured) is heading up Crobo's business in the region.

Following a $5.75 million financing round in June, Crobo has ramped up its international expansion efforts.

The company says that Chinese mobile and PC publishers such as Youzu, Changyou, R2Games, and Koram Games are already using its services.

Matthias Lesch, co-founder and CEO of Crobo, explained that the new offices are only the beginning of the company's eastern expansion.

“Following San Francisco, our new presence in Asia is another key element of our roadmap for 2014. Performance marketing for free-to-play game titles is an international business," he said.

"With Crobo, we are responding to developments in the games market, and we see enormous potential in the Chinese sector which we want to tap further with a targeted drive to deepen cooperation and forge new partnerships.

"We will add a number of members to our team there in the months ahead.”

We mixed things up at our Berlin Mobile Mixer