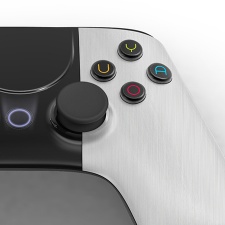 Ouya, the Android-powered unconsole, has received an investment of $10 million from Chinese giant Alibaba - a cash injection which could allay fears of the company's long-term health in the face of poor performance in the west.

It seems that Alibaba's motivation for the move is to secure the Ouya's impressive games library for its own China-bound TV set-top box, which would become some 1,000 games richer for the deal.

With the arrival of more recent Android hardware for the big screen, such as Amazon Fire TV and the upcoming Nexus Player, it's all too easy to forget that Ouya has been quietly acquiring an impressive wealth of games since its 2013 release.

Perhaps noting, after increasingly struggling to compete with rival console manufacturers, that this vast library is its greatest asset, the firm has since moved its focus towards a scheme it calls 'Ouya Everywhere' - an initiative which intends to bring Ouya games to new devices by partnering with other companies.

This deal is then a significant indicator as to where Ouya is headed as a company.

The inroads it could make within a Chinese market ripe with potential might just be its salvation.