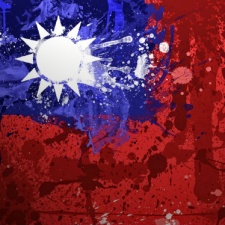 Taiwan's mobile game's industry could see growth of up to 70 percent this year, according to Wu Wen-Jung of the Taipei Computer Association.

Speaking at the Taipei Games Show, he predicted that the mobile game sector would continue to snowball in growth throughout 2015, hitting a production value of around $474 million by the end of 2015.

As reported by Focus Taiwan, Wu said that mobile games are skyrocketing in popularity across the country, opening lucrative opportunities for games developers.

Last year saw an eye-watering annual growth in the Taiwanese mobile games industry of 226 percent, according to figures from Taiwan's Market Intelligence and Consulting Institute.

The upward trend, Wu believes, is largely thanks to the growth of mobile games across China and a shift in focus from traditional online game developers.

Back in October, 6waves CEO Arthur Chow told the audience at Pocket Gamer Connects Helsinki 2014 how Taiwan is quickly establishing itself as a key mobile gaming market in Asia - largely thanks to a lack of competition in the market.

Also, because of shared culture and language with the mainland Chinese market, Taiwan is both a good proxy for western companies who want to see if their games will work in China and Chinese developers looking to release their games in international markets.