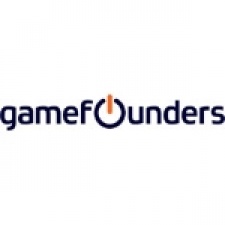 Start-up accelerator GameFounders has announced plans to open an Asian hub in Malaysia during 2015.

The Estonia-based company claims it’s gearing up to create a new breed of game studios that can operate with equal success on both sides of the eastern / western market divide.

The start-up accelerator works with young game studios selected from a global pool who are then relocated to the hub. Successful teams then go through a 3-month program of seminars, mentoring sessions, and introductions to relevant people for their game.

Since 2012, GameFounders has made poured 28 investments into young game studios from 19 different countries.

At GDC 2015, GameFounders will sign a memorandum of understanding with the Malaysian Multimedia Development Corporation (MDeC) the opening of its Asian arm in Kuala Lumpur.

The new hub will work with studios from around the globe while simultaneously focussing on enhancing the Malaysian game scene.

"Developers need to understand the intricacies of the global market, it is no longer sufficient to focus on your own geographical region,” said Kadri Ugand, GameFounders’ co-founder and CEO.

“Through our partnership with the Multimedia Development Corporation (MDeC), we are building a global network of accelerator programs which will truly build a gateway between East and West."