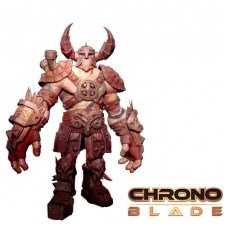 The deal affords NetEase the full publishing rights for nWay's ChronoBlade across mainland China, but only on mobile platforms.

Chronoblade has previously been released on the Kickstarted-unconsole Ouya (in demo form) and on browser-based platforms such as Facebook, but is now scheduled for relatively imminent release on the App Store and Google Play.

Between this Chinese publishing deal with NetEase, the removal of the game from Facebook and the upcoming Western mobile release, it seems that nWay's focus for the game is now primarily mobile - and on an international scale.

While nWay has looked to NetEase for help navigating the fragmented complexities of the Chinese market, the expansive, console-like quality of ChronoBlade fits well with NetEase's hardcore strategy - a mutually beneficial arrangement, it would appear.

“NetEase has published some of China’s top grossing mobile games this year and we’re aiming to strengthen our position in the hardcore mobile gaming space with console-quality titles like ChronoBlade, which features a skill-based expressive combat system,” said Ethan Wang, VP of NetEase Games.

The official Chinese trailer for ChronoBlade can be viewed here.

Zynga partners with NetEase to launch Dawn of Titans in China