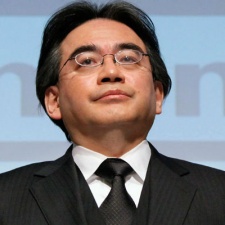 Since dropping the bombshell that Nintendo is now moving into the mobile space, Satoru Iwata has remained tight lipped on just how much those games will cost.

Until now, that is. In an investor Q&A session, the Nintendo CEO hinted that his company will be leaning heavily towards what he termed “free-to-start” games.

Iwata aired his concerns that “games with a one-time payment system have not been doing a great job on smart devices,” suggesting that Nintendo and its partner DeNA will be focussing on free mobile games.

However, he insisted that “we do not want to use the free-to-play terminology that implies that you can play games free-of-charge.

“Instead, we use the term 'free-to-start,' as this term more aptly describes that at the beginning you can start to play for free."

So it seems Nintendo has chosen to walk the path paved with in-app purchases, though Iwata took pains to point out that Nintendo rebukes the idea of psychologically manipulating players to spend more.

That promise might not be hot air either – Pokémon Rumble World on the 3DS has a limit of $40 for how much real world cash that players can spend.

Nintendo’s chieftan closed by saying Nintendo won’t be releasing many mobile games “from this year to the next.” Instead, the firm will focus on turning a small portfolio of games into long-running franchises in their own right.

In May Nintendo announced during its financial results briefing that it plans to release five mobile games by the end of March 2017.

Can Nintendo and Amazon disrupt the free-to-play market with a new business paradigm?