Latest deal in a flurry of investments 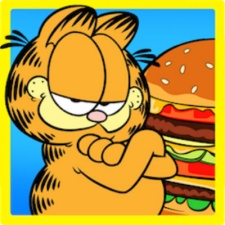 OurPalm is the latest company to palm a stake in a lucrative developer - this time Hong Kong-based Australia-floated Animoca Brands (ASX:AB1).

Based in China, OurPalm has invested $2.3 million in Animoca Brands for an 11 percent share.

It also has an option to invest a further $5 million under certain options dependent on Animoca Brand's share price.

It’s the latest deal amid a flurry of investment activity within the mobile gaming space, which Newzoo predicts will hit $30 billion by the end of this year.

As the name may suggest, Animoca Brands has built its business around developing games based on popular IP including Garfield, Astro Boy and Ben 10.

The firm is a spinoff from Animoca, and went public in January on the Australian Securities exchange (ASX.) The shares OurPalm bought were sold at 23.5 percent above the closing price on June 24 2015.

Animoca Brands and OurPalm had previously forged a distribution agreement together, but this latest deal brings OurPalm’s recent investments and acquisitions list to seven.

This deal is part of Animoca Brands’ plans to expand its market share in China, and OurPalm’s co-CEO Steven Hu has joined the Animoca board as a non-executive director to help in this.

"The Animoca Brands game portfolio strategy has proven to be a successful formula, and creates a platform for further opportunity and growth within the mobile gaming market."