How to get the ball rolling 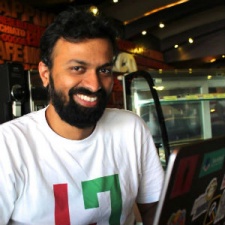 At Pocket Gamer Connects Bangalore 2015, founder and director of Yellow Monkey Studios, Shailesh Prabhu, took to the stage to talk about the development of its game, Socioball.

The game was our runner-up in the Very Big Indie Pitch at Bangalore and, while it was not a huge commercial success, made the team enough money to be satisfied with its release.

Get the ball rolling

Prabhu recommends being active on forums and social media from day one, saying it helped the team "because the community knows you exist."

He also touched on release windows, saying "don't release on holiday season if you're a small guy with not much marketing budget."

Is India's imagination worth capturing?