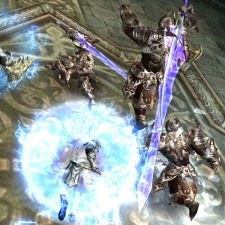 A #1 top grossing game in Korea on the App Store and Google Play with 1 million daily active players, the game will be internationally known as Evilbane: Rise of Ravens.

"We are excited to reveal Evilbane to the world through the game's official homepage," said Seungwon Lee, President of Overseas at Netmarble Games Corp.

"Based on Evilbane's outstanding performance as the top mobile game in Korea and Netmarble's commitment to quality global service, mobile gamers around the world have a new action RPG to look forward to playing when it launches later this year."

You can find out more details from http://evilbane.netmarble.com.