Nintendo has appointed a new president. 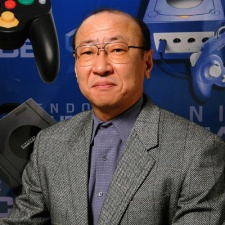 Nintendo has lifted the veil on its new company president who will replace the late Satoru Iwata.

Tatsum Kimishima is a fairly understated name in the games industry, but one that has now been placed firmly into the spotlight.

Kimishima was, until recently, the managing director of Nintendo’s human resources department.

Since joining the company in 2000 he has also held positions as chief financial officer of the Pokémon Company, president of Pokémon USA, and president of Nintendo of America.

Now Kimishima is tasked with turning around the fortunes of the ailing Wii U, reviving the 3DS, and steering Nintendo into mobile waters.

There’s also the company’s upcoming NX console to consider and the enigmatic “quality of life” initiative, which will see Nintendo branch into health and sleep-tracking devices.

The two other favorites for the role, lead game designer Shigeru Miyamoto and Wii veteran Genyo Takeda, have been given the new titles of “creative fellow” and “technology fellow” respectively.