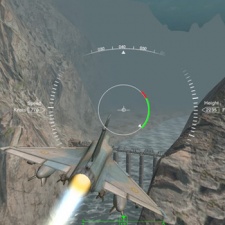 As part of Pocket Gamer Connects Bangalore 2015, Anurag Rana, VP Product Development at Indian startup Threye, gave an energetic talk about how his company ended up making a game about the Indian Air Force.

The team initially made their own, unlicensed game based on their experiences as pilots, because, as Rana puts it, "good news is seldom news", and the victories of the air force were rarely spoken about.

To get the official contract, however, Threye had to hold out against competition from many other developers, including Disney's Indiagames studios.

They made sure to make the game - called Guardians of the Skies was realistic as possible.

Rana pointed out that "it's going to be played by young guys who have never actually flown a plane", so there were limits as to how realistic it could be.