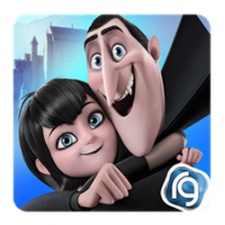 Reliance Games, in collaboration with Sony Pictures today announced the release of the Hotel Transylvania 2 mobile game, a highly anticipated game where players can create, customize monster lands and express their unique identity in a world where monsters and humans unite.

The game will be available for free on iPhone, iPad & iPod touch and Google Play for Android devices.

The film, from Sony Pictures Animation, will be released in theatres nationwide on September 25.

"We're excited to collaborate with Reliance Games on the launch of the Hotel Transylvania 2 mobile game. We have worked closely with Reliance to ensure that the experience for players is a true extension of the new movie, and unveils a level of entertainment on mobile devices that fans and players will not be able to put down," said Mark Caplan, Senior Vice President of Sony Pictures Consumer Products.

Hotel Transylvania 2 is available to download for free on the iTunes App Store and Google Play.

Join the exclusive club of Hotel Transylvania fans at www.hotelt2game.com and enjoy regular updates on Facebook, Twitter and YouTube to stay in the loop on the monstrous adventures that lie ahead!