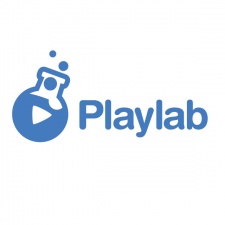 Bangkok studio Playlab, the team behind Juice Cubes, has announced its closure of a series B funding round worth $5 million.

This was Playlab's first external cash injection, having previously subsisted on its own revenue and self-funding, and it came courtesy of Southeast Asia-focused venture capital outfit Monk's Hill Ventures.

However, despite its location, Playlab has revealed that it had previously looked upon the west as the longterm source of its income. And for Jakob Lykkegaard, PlayLab CEO, the investment has changed his perspective.

“Prior to this, we made most of our revenue in Western markets, but due to our location we have followed Southeast Asia for some time,” he told Tech in Asia.

“We are looking into several deals [here], everything from IP and new studios to market grab. [The] first step is to find the smartest people in each country and take it from there.”

And while Playlab has already grown from a team of 20 to a 100-strong studio in the past year, this new investment has allowed Lykkegaard and his team to be even more ambitious - particularly in its home territory.

“[Bootstrapping] meant that we could focus more on making great games and tools. However, investors challenged us to think bigger," he said.