Dips toe in the water 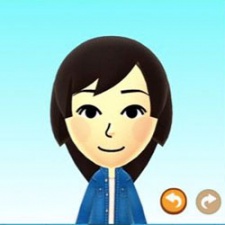 Nintendo has reinforced its reputation for caution with the unveiling of its first mobile game; a personalised automatic chat system called Miitomo.

As the name reveal, it links into the company's existing Mii avatar system, and lets you preload answers to a set of questions that your friends' Miis can ask your Mii within Miitomo.

The reason is that Miitomo is designed to link you more closely to your existing friends network: you'll only be able to interact with other Miis who are already in your network.

As for the business model, the game will be free-to-play, with players able to spend money on additional personalisation items.

Obviously, this seems likely to be very soft touch monetisation, with Miitomo highly unlikely to be one of the mobile games from which as Nintendo has previously stated it expects to generate $50 million of annualised profit.

The other interesting point is that the release of the game has been pushed back from late 2015 into 2016, something that has hit Nintendo shares, which were down by 9 percent in late trading.