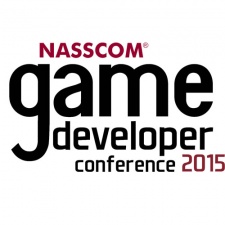 Not only was the NASSCOM Game Developer's Conference an opportunity for Indian developers to network with national and international peers, but it also played host to an award ceremony to celebrate local development.

Honouring games and studios at various stages of development, the NASSCOM Gaming Forum Awards held its third yearly outing at the 2015 conference.

Rajesh Rao, Chairman of that NASSCOM Gaming Forum, says to have been "overwhelmed by the quality" of entries, going on to comment that 2015 has "set the bar incredibly high."

After much deliberation, the winners were as follows:

"It was very gratifying to win the NGF Upcoming Game of the Year award," commented Siddharth Sivaraman of Danstan Games.

"It gave us the impetus to make The Light Inside Us the best game we possibly can, and the confidence to work on more ambitious projects in the future."

Kunal Sonar, winner of the Student Game of the Year category, notes that the victory makes him and his collaborator Anushree Gupta "happy beyond measure," but goes on to make a broader point about game education in India.

"Although there are institutes concentrating on game education by providing specialised courses, a career in the gaming industry is still a low priority one because of the lack of awareness and the availability of resources in most colleges," he says.

"Our institute played a substantial role in providing us with a number of resources to make games."

"Those focused solely on game development are doing a good job, but there is still scope for better exposure to global standards to allow Indian game developers to make a spot for themselves internationally."

Given the sheer pace of progress elsewhere in the Indian development community, perhaps these are issues that will have been addressed by the time the 2016 ceremony rolls around.