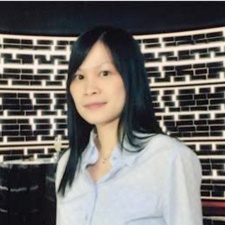 LK Shelley: IPC Ventures is a venture capital investor in early stage startups primarily in mobile ecosystem; mobile gaming is part of it.

Shelley is the managing partner of the firm, overseeing all the investment activities as well as managing portfolio companies defining strategy, closing partnerships and driving growth.

Shelley has been in the industry for over 16 years and has extensive experience in startups, investment, and operations; she has covered different stages of the venture investments from seed to late stage, to M&A.

She also started a number of ventures herself with a couple of exits.

2015 was an exciting year seeing enormous advance and penetration of mobile device/smartphones, connectivity and infrastructure technologies not only in developed countries but also in emerging markets.

There are a couple of takeaways from 2015:

The ever growing UA cost will force the independent and small developers to take other paths.

At the same time, the high marketing cost will drive down the margin for even the bigger developers with successful games; e.g. the success of Kabam's latest hit, Marvel Contest of Champions passing $100M revenue in less than 12 months is a positive sign.

However, the high spending to scale up to that level - especially in marketing - would be a challenge for all.

2016 will see more in one trend among many which has started in the past couple of years: diversification and consolidation.

The prime example is Activision's acquisition of King.

Each of them is a giant of its own domain and had been trying to diversify and expand into different game genres, generally from casual to mid/hard core gaming and vice versa.

Historically, it has been challenging for studios with one or two big titles to repeat successes in a new game or genre.

As a result, the quest for diversification drives the consolidation activities; there will be many more deals happening in 2016 mainly with the mid-size studios.

Another one to highlight would be more cross-border acquisitions will happen among the eastern buyers and the western developers. The other way around would be true as well but not at same pace and volume.

Video: Shelley Lau on what VCs look for for when investing