And why more devs should do it 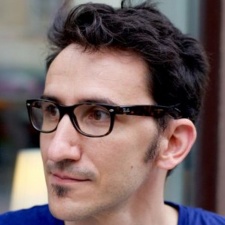 In the world of animation, the industry in which Helsinki firm Pikkukala primarily works, co-production is a common way of working.

Not so much in games, though, which makes the firm's Finnish-Korean co-produced game particularly intriguing - not to mention a perfect fit for the East Meets West track at Pocket Gamer Connects London.

"It's a total experiment for us, so it's very interesting," says Pablo Jordi, Pikkukala CEO.

Entitled Saari Tales, the project is an interactive storybook aimed at the family market. Partnering with Pikkukala for the development is Flexball, a Korean company with experience from Nexon and NcSoft.

"In general, we find interactive storybooks are not as they could be... in our case we'll try to make the experience as immersive and rich as possible," says Jordi.

This means choices and consequences, with an episodic release schedule - something "we have not seen in kids games."

Co-production, one of the major benefits of which is to share the financial risk, is a way of working that Jordi would heartily recommend.

"Co-productions are common in the animation world, and I see them as a very nice thing; it's good to work together with others and getting insight into different cultures," he says.

While working under a more traditional structure at Pikkukala, he reveals that a difficult and extended development period resulted in a number of departures.

"We got stuck because we didn't have the resources... we had seven people working on the project, which was taking far longer than it should have, and we lost them all [to other jobs]."

But with Flexball, the process is going a lot more smoothly thus far.

Flexball will be publishing Saari Tales in Asia, while Pikkukala dos so for the rest of the world. As for the division of development duties, Pikkukala is handling the game design and art while Flexball takes coding.

"If you're in development, I would encourage you to consider co-production," Jordi concludes. "Not just in Asia, but wherever."