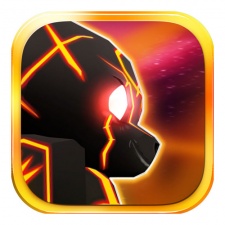 But the Omaha, Nebraska-based outfit has been keeping busy with its latest mobile game with the cute battling bear franchise - Overclock FPS - hitting the App Store.

Shooting from the paw

The first Battle Bears game to be localised - it supports French, Italian, German, Spanish and Portuguese - Apple featuring has boosted the title's launch.

It's been featured in 117 countries in a Best New Game slot and peaked at #15 in the US iPhone download charts over the weekend.

CEO Ben Vu also thinks the game is well suited to the emerging mobile eSports market, something the developer will be supporting with clans, tournaments, rank mode, spectator mode, and a future Apple TV launch.

And, more strategically, the developer has also cut a deal with CMGE to bring the game to China and southeast Asia.

The two companies are currently working on a full localisation, as well as game optimisation and art changes.

"As billions of Chinese gamers migrate from online PC to mobile, they're looking for real-time competitive multiplayer games for their large screen phones. By partnering with the Battle Bears team, we're going to bring the best multiplayer shooter experience to China and SE Asia," commented CMGE's CEO Ken Jian Xiao.

"CMGE's localization and distribution expertise will propel Battle Bears to a whole new level of success."

How to publish a game perfectly in China, according to CMGE

CMGE bought for $1 billion by a Chinese auto parts company