Why pre-registration launch campaigns rule Korea and are headed west

3 ways to improve your launch velocity 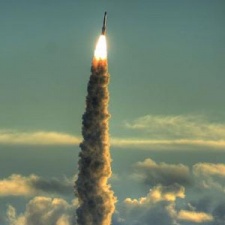 As competition heats up in the Korean mobile games market, pre-registration campaigns are fast becoming one of the most innovative and effective marketing methods.

Pre-registration is a marketing tool that informs the users of the upcoming game and its launch date, and induces them to 'pre-register' for the game.

Then when the game launches, the pre-registered users receive notifications, and are given in-game incentives as they install the game.

Following the rise of the marketing in the Japanese market, there are more than 20 pre-registration service providers in Korea.

There are three reasons behind this trend.

Pre-registered users receive push messages with the download URL on the launch date of the game, which means that substantial number of downloads can occur soon after the launch of the game.

In Korea, more than 90% of current top 20 games have conducted pre-registration campaigns.

Successful examples include Idea and Lost Kingdom which each had 1,000,000 pre-registration sign ups before launch.

Idea and Lost Kingdom had 1,000,000 pre-registration sign ups before launch.

More recently Supercell has its first ever pre-registration campaign for Clash Royale.

Pre-registration operates under the promise of in-game items to its participants, so it usually tends to attract enthusiastic gamers who are already interested in the game or genre.

Therefore, the conversion to install occurs at a much higher rate than other media, and purchase rate is also much higher than others.

According to Game Shuttle, one of the leading pre-registration media, ARPU (Average Revenue per User) of its users is 3 times higher than average.

In comparison to other genres, users have to invest vast amount of 'money' and 'time' in order to become a top ranking player in a RPG.

Therefore, pre-registration is an essential event for RPG gamers, as they can access the game quicker than others with added bonus of in-game items, which help them to gain a competitive edge in their quest to become the top ranker.

Recently, pre-registration has evolved from just a pre-launch marketing tool into a channel that now supports game's post-launch affairs such as user retention and re-engagement.

In addition, pre-registration platforms have started to emerge in the west; Adways' PreLaunch.me is one example.

Certainly it will be fascinating to see if this type of marketing method can make any impact in the western market.

If you want to read more on the subject of how pre-registration work in the Korean market, you should check out Nasmedia's 'Marketing Trend Analysis on Pre Registration' report.

The 4 marketing trends shaking up the Korean mobile games market

Adways brings its pre-registration campaigns to Southeast Asia, starting in Thailand and Vietnam