After the success of Miitomo, it's no real surprise 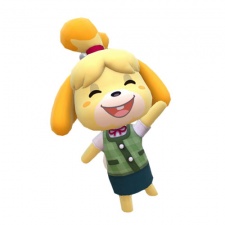 Nintendo and DeNA have confirmed to the Wall Street Journal that its upcoming mobile games, which will be  based on the popular franchises of Animal Crossing and Fire Emblem, will be free-to-play.

This isn't exactly new information, however. Nintendo revealed its "free-to-start" strategy back in July 2015, with former CEO Satoru Iwata stating that “games with a one-time payment system have not been doing a great job on smart devices."

And with the success of Miitomo, the first game in the partnership, which appeared likely to generate $1 million in revenue in its first month of operation, it was unlikely Nintendo or DeNA would switch strategy.

Exactly what form these games will take is still unknown, especially with Animal Crossing, which is a slightly more abstract concept than the more traditional strategy-RPG stylings of Fire Emblem, a genre that lends itself to free-to-play mobile gaming quite easily.