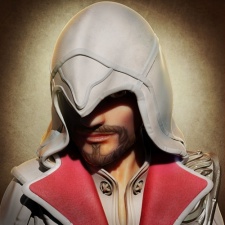 From May 12, players will be able to play as the Ezio, with new gameplay tailored to his signature hidden blades and other stealthy aspects.

A stab in the right direction

The partnership looks to boost the presence of Soul Hunters in North America, while also bringing more brand awareness to Asia for Ubisoft and its Assassin's Creed franchise.

Soul Hunters currently has over 80 million players worldwide, and the brand reach for Assassin's Creed is already huge in the West, so it could well prove to be a wise move for both companies.