Cybird signs up Maradona as the face and boots of its forthcoming BFB Champions: Global Kick-Off 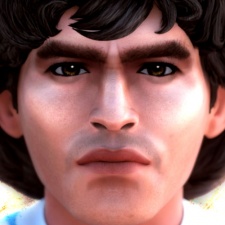 In keeping with the current trend for celebrity marketing, it's signed up Diego Maradona as the star of its publicity materials and as a in-game character.

Indeed, the teaser video features a recreation of Maradona’s ‘Goal of the Century’ against England in the 1986 World Cup.

The game is the sequel to BFB 2016, which was released in Japan and Hong Kong, and has been downloaded 3 million times.

In BFB Champions, the player will be able to manage a football club and compete against users from all over the world.

Players can pre-register now for extra rewards when the game launches later this summer.