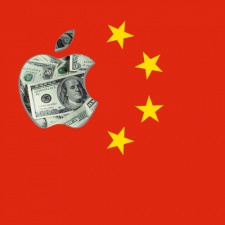 While Apple's Q3 2016 financials weren't as bad as analysts thought, they're not good either.

This is particularly the case when it comes to iPhone sales in China, which have been the company's growth powerhouse in recent years.

Sales in Greater China (China, Taiwan and Hong Kong) were $8.6 billion down 33% compared to the same period last year.

Indeed, in the past 6 months, Apple's revenue in Greater China has more than halved, which means Europe is now Apple's #2 market by revenue; something that hasn't been the case since Q1 2015.

Some better news came from Japan, however, where revenue was up almost 23 percent year-on-year to $3.5 billion.