iCandy Interactive's Crab War gets its pincers into one million users 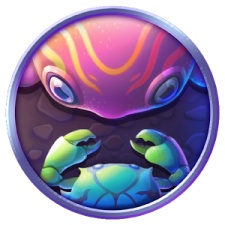 The game sees players sending an army of crabs to battle with giant monsters, with the ability to spawn new ones and level up the crabs they currently have to make them more effective in combat.

The game is now iCandy's most successful game to date, having generated a six-figure revenue for the company within its first 60 days of release.

The company now hopes to expand the franchise further, and is planning to spin off new titles based around the IP.