Key user habits and profiles based on 100 million players 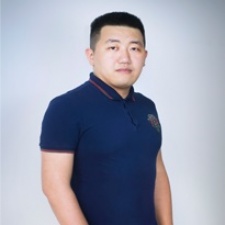 The peak gameplay times for Chinese mobile users are at noon and 7pm, according to Guangzhou Flamingo Network Technology CEO Ma Shuo.

Speaking at ChinaJoy 2016, Shuo discussed some of the unique mobile game player profiles and trends in China, based on data from 100 million players on its GuoPan games platform.

He claimed the peak gameplay times are noon and 7pm. Players were also more likely to spend money on games at midnight and 10am.

He suggested however that payment times could be related to the release of new games onto their store and when promotions begin on its store.

The data from its GuoPan platform also presented details about typical player tastes.

It found that some of the most popular gaming trends in China include Japanese anime art styles, round and automated round-based gameplay. The most popular genre on its platform meanwhile was MMOARPG.

Shuo said that users tended to stick to their favourite genres and themes, and would rarely stray outside of those for future purchases or downloads.

His advice, then, is for developers to stick to what they are good and to focus on their main targets, rather than try to do everything.